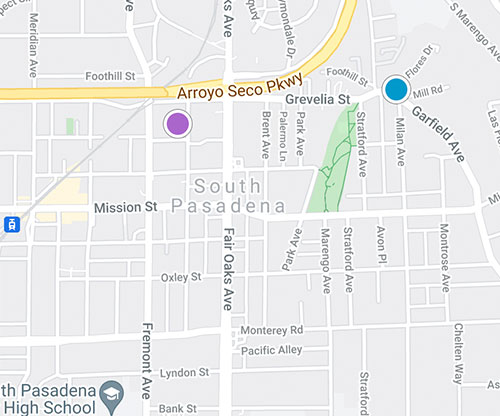 Although the name South Pasadena suggests the city is nothing more than an offshoot of its much larger neighbor, Pasadena, the city has actually had an identity all its own dating to its incorporation, and Pasadena’s, in the late 1880s.

And what, exactly, is that identity?

It has to do with a village-like appeal, a community atmosphere with a more intimate feel than Pasadena in the north and Los Angeles to the south and west. You can get a taste of it by visiting the Fair Oaks Pharmacy and Soda Fountain, or the Rialto Theatre (single-screen, built in 1925), or the many Mom-and-Pop style stores in the business district (not to mention used bookstores for the bibliphiles out there).

Held in the city’s Mission-West District, the Farmer’s Market is a popular weekly event among the city’s roughly 25,000 residents, while a unique opportunity to admire the city’s quaint neighborhoods, Craftsman homes and streets lined with trees—like ash, walnut and sycamore—has been afforded by the Tiger Run, a 5k-10k run held every December.

If the Tiger Run only whets your appetite for more activities in the great outdoors, the 24.9-mile long trail of the Arroyo Seco—“dry stream”—offers hikers an experience of the natural landscapes of South Pasadena and the surrounding areas.

Students attend schools in the South Pasadena Unified School District; public transportation connects with the Metro Gold Line light rail and the 110 Arroyo Seco Parkway winds through the city. A decade ago, the city was famously involved in a fight to prevent the extension of the 710 Long Beach Freeway. One of the proposed routes for the extension would have cut through the city’s middle changing, residents feared, a town that’s long defined itself by three clear words: “small, proud and independent.”

$749,000
1 Beds ⋅ 2 Baths ⋅ P1-10835 MLS ⋅ Active Status
Highly desirable loft in an unbeatable South Pasadena location right next to Mission Ave. The building was designed by the prestigious architect firm of Moule & Polyzoides. Natural light fills this bright and airy unit that has soaring, 20 foot ceilings. The living area has a Juliet balcony and polished concrete floors. The kitchen features granite countertops and stainless steel appliances. A convenient half bathroom is perfect for when guests come over. Upstairs, the oversized bedroom loft is newly carpeted and also features an extra area perfect for a home office or cozy reading space. You will love the bathroom with its gorgeous modern tile. In addition, there's a customized walk-in closet and in-unit laundry. This is an end unit and the largest one bedroom loft in the complex with a unique floor plan. This is an amazing location where you can walk to all the vibrant stores and restaurants of downtown South Pasadena. Stroll to the weekly farmer's market and great cafes. In addition, it is extremely convenient to the Metro Gold Line station. Optimal commute times to DTLA and USC. Low HOA fees and close to award winning South Pasadena schools. No public open houses. Contact the listing agent to see.

$1,399,000
3 Beds ⋅ 2 Baths ⋅ P1-10832 MLS ⋅ Active Status
Lovingly lived in for the last twenty years, this charming 1920s bungalow is an ideal home to enjoy the South Pasadena lifestyle. A native garden with raised planter beds fills the front yard, creating a peaceful view from the front porch. In classic bungalow fashion, the living room and dining room are open to each other and filled with natural light from the original windows. A decorative fireplace provides a center point for the living room, while built-in cabinets and buffet line the opposite wall in the dining room. The kitchen is surprisingly spacious, with ample cabinet and counter space, and leads to a laundry room with additional storage. The primary suite is at the rear of the house and very private, and has a full bath with double vanity. The other two bedrooms have large closets, and the third bedroom features French doors leading to the covered deck (with spa!) and backyard. Pleasantly shaded, the outdoor space is a peaceful spot to enjoy the hot tub, dining al fresco, or gardening. Additional features include hardwood floors, central air and heat, fresh interior paint, updated electrical panel, and many character details throughout. The long driveway leads to a one-car garage, so there is plenty of space for off-street parking or more storage! Ideally located in close proximity to the shops and restaurants along Mission, the farmer's market, Arroyo Vista Elementary School, Trader Joe's, the Gold Line, and more!

$869,000
2 Beds ⋅ 2 Baths ⋅ P1-10810 MLS ⋅ Active Status
This elegant townhome is located in an ideal South Pasadena location just steps from Arroyo Seco Golf Course and Racquet Club and Arroyo Vista Elementary School. Pristine and move-in ready, recent renovations include remodeled kitchen with waterfall stone countertop and herringbone tile backsplash. Both baths were also meticulously re-done with fabulous stone finishes and floating cabinets. Designer touches include chic light fixtures, Missoni wallpaper in the primary suite, and DwellStudio wallpaper in the second bedroom. Even the laundry area has a fresh, new look with bold blue hexagon tile. Additional improvements include 2-year-old water heater, installation of a 40 amp electric car charger in the garage, Smart home thermostat, doorbell and garage door opener. The kitchen appliances were replaced in 2020, as well. Another perk is that there's an abundance of storage with two closets, one being a walk-in, in the primary suite and an elevated storage locker in the garage. Less than a mile away from the Mission Gold Line Station, fabulous shops, restaurants, and the library, this exquisite home in an award-winning school district is not to be missed!

$2,748,000
5 Beds ⋅ 3 Baths ⋅ P1-10719 MLS ⋅ Active Status
Classic 1908 Craftsman located in the desirable 'Marengo' neighborhood of South Pasadena. Picturesque front porch is the perfect place to relax and enjoy the tranquil tree-lined street. Warm and inviting living room is highlighted by gleaming hardwood floors, built-in bench seats and bookshelves, grand brick fireplace and access to a cozy den/office with gorgeous bay window. Elegant formal dining room with double door entry, bay window and built-in buffet leads to the centrally located kitchen. Partially updated kitchen boasts an abundance of cabinetry, newer counter tops and fixtures, access to light and bright breakfast nook and convenient laundry room. Downstairs is complete with two en-suite bedrooms, each with their own delightful features such as updated baths, built-ins, and light filled sitting room with views of the rear yard. Upstairs boasts three additional bedrooms, hallway bath and separate spacious great room. Sprawling rear yard with extensive patio area and oversized 2-car garage offers the opportunity to create an oasis-like retreat. California basement is overly large offering extra storage and the entrance is located from the interior or exterior of the house. This home is filled with an abundance of pride of ownership and has been lovingly maintained for over 50 years. 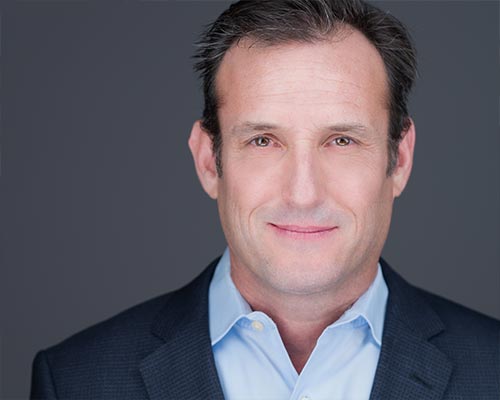 I pride myself on my communication, personal involvement and, most importantly, my commitment to you and your needs.

"Bobby is very knowledgeable about current real estate trends and gives you sound advice based on his experience. Bobby is a consummate professional and is very easy to work with."

Bought and sold a Single Family home in Azusa.

"Bobby was a super star! We were so blessed to work with him. Purchasing a home was a stressless experience thanks to Bobby. He was great about communicating and keeping us constantly updated."

"Just sold 2 of our houses with Bobby Young and we are very happy with our sell. Bobby and his team helped us out from start to finish. Always there to answer any questions."

Made the Process Very Easy

"We recently sold our house and Bobby Young made the process very easy. Everything was clear and consistent throughout the sale process. Bobby is honest, professional and he truly cares."

"As a first time home buyer, he prepared me with a lot of information to walk me through the steps of the process. His recommendations were timely and helpful. I would highly recommend him!"