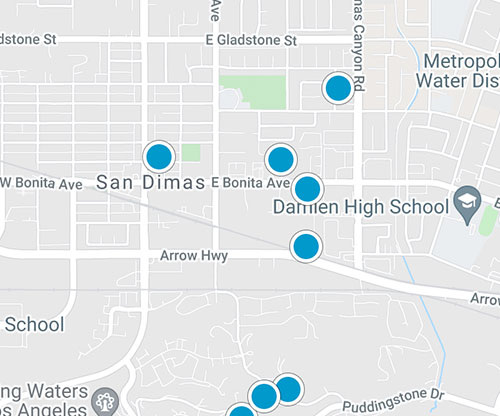 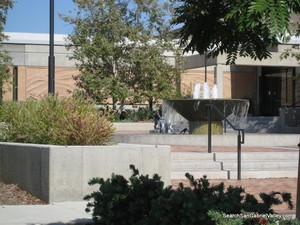 Horseriding enthusiasts looking to settle in the San Gabriel Valley often consider the city of San Dimas because it is an equestrian-oriented community like the nearby city of Bradbury.

With a total population of about 33,000, the city is relatively young next to its nearby neighbors, including Glendora, Azusa and Duarte, and was incorporated in 1960.

The city reflects the Spanish heritage of the San Gabriel Valley in taking its name from the Gospels, from one of the two thieves who was crucified alongside Jesus.

When people think of San Dimas, however, they are probably less inclined to think of this reference to the New Testament and may probably remember some pop culture trivia instead. San Dimas was the home of those “most excellent” two young dudes, Bill and Ted, whose two films in the late 1980s and early 1990s (“Bill and Ted’s Excellent Adventure” and “Bill and Ted’s Bogus Journey”) were set in San Dimas.

San Dimas is also a popular spot in the summer thanks to the water park Raging Waters, which calls San Dimas home.  There’s no better place to be, except for the beach, during those hot, triple-digit months.

$710,000
3 Beds ⋅ 2 Baths ⋅ CV22098848 MLS ⋅ Active Status
Original Owners, and original condition. First time on market for sale. Looking for Buyers with a vision for a total transformation and a home to call their own. The Trustees are selling this Three Bedroom 1 3/4 bath home attached two car garage in a great neighborhood in its “As Is” condition.

$1,200,000
TR22108747 MLS ⋅ Active Status
Rare opportunity to own a beautiful 1978’s Residential Duplex in desirable San Dimas City, CA. This charming property features two spacious; 3+2 and 2+2 units on 5,835 square/foot lot. The asset features hardwood floors and laundry place in each unit. In addition, there is plenty of onsite parking with double two-car attached garage. Excellent San Dimas School Districts for your kids, next to Civic Center Park, San Dimas Library, and weekly farmers’ market. Close to Freeway 210 and 57, downtown of San Dimas and shopping markets. Buyer to verify all information as part of their Due Diligence.

$1,395,000
4 Beds ⋅ 3 Baths ⋅ CV22106206 MLS ⋅ Active Status
A rare opportunity to own a private corner lot, with sweeping views in the Rancho Via Verde Community of San Dimas! Located on a quiet cul-de-sac, there are no homes behind you, so you can enjoy unobstructed city lights and mountain views. This Mediterranean Estate offers over 2,500 sq ft. of living space on almost a 20,000 sq ft lot with 2 balconies, pool and spa. 4 bedrooms , 3 bathrooms, with a main floor bed/bath perfect for in-laws or guests. This is a large open floor plan, with 2-story ceilings, flooded with natural light. The family room includes a fireplace, beautiful bar area, sliding doors to your backyard, with views from the kitchen and dining room. The neutral Tuscan color palette is carried throughout, along with laminate wood and tile flooring. Large island, recessed lighting, bar seating, double ovens, granite counters and plenty of cabinetry. The formal living room offers a second fireplace, and is open to the formal dining room. Spacious master bedroom with it’s own private balcony, and views of the city lights. Walk in double closets, en-suite master bath, skylights, soaker tub, with a separate walk in shower, double sinks and vanity area. One of the bedrooms is currently used as an office and has double French doors, a second balcony, along with North facing views. Large yard perfect for entertaining, with plenty of outdoor dining space. The pool, spa, and Queen Palms truly pop against the lush landscape and look even more amazing at twilight! Interior laundry room, attached 3 car garage with direct garage access. The garage doors and trim have been freshly painted. The homeowner has replaced the pool pump and filter within the year.