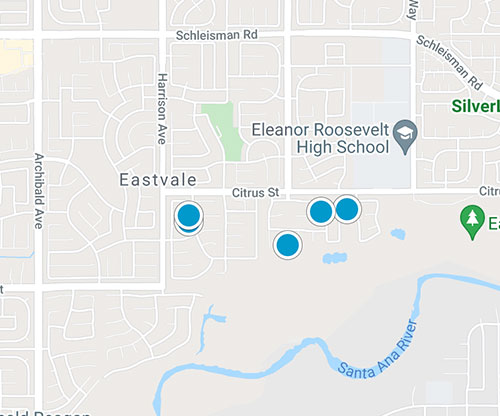 Over the past decade, median home prices have doubled in the Inland Empire community of Mira Loma, signalling the area’s rising popularity as a destination for homebuyers in Riverside County..

There are a variety of reasons why people are interested in settling in Mira Loma. The dry, hot weather appeals to some, while others prefer the fact that it is located far from busier metropolitan centers like Los Angeles, which is 47 miles away.

And yet, for any Mira Loma resident who wants a taste of culture and entertainment, a smaller big city like Riverside is easily within reach at a distance of just 8 miles.

Located east of the 15 freeway and south of the 60, Mira Loma’s population is about 22,000, and children in the area are served by the Jurupa Unified School District, which has 16 elementary schools, 3 middle schools, 3 high schools and 2 continuation schools.

Now, you might wonder, why so many schools for a population of 22,000? That’s because Mira Loma and neighboring unincorporated areas have recently undergone significant changes.